Newton’s Space was the Sensorium 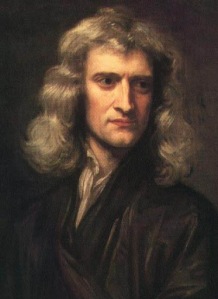 Sir Isaac Newton, FRS (4 January 1643 – 31 March 1727) [OS: 25 December 1642 – 20 March 1727] was an English physicist, mathematician, astronomer, alchemist, and natural philosopher who is generally regarded as one of the greatest scientists and mathematicians in history. See here for further information.

While reading the responses to Aaron on the Cosmic Variance section, Lee Smolin made a comment there in his writing which triggered some recognition as I was doing some research on what he had proposed in previous work. So of course I am interested in how people form their ideas, so I went to have a look.

I suspect this reflects the expectation many people have that time is not fundamental, but rather emerges only at a semiclassical approximation in quantum cosmology. If you believe this then you believe that the fundamental quantities a quantum cosmology should compute are timeless. This in turn reflects a very old and ultimately religious prejudice that deeper truths are timeless. This has been traced by scholars to the theology of Newton and contemporaries who saw space as “the sensorium” of an eternal and all seeing god. Perhaps the BB paradox is telling us it is time to give up the search for timeless probability distributions, and recognize that since Darwin the deep truths about nature cannot be divorced from time.

The alternative is to disbelieve the arguments that time is emergent-which were never very convincing- and instead formulate quantum cosmology in such a way that time is always real. I would suggest that the Boltzman Brain’s paradox is the reducto ad absurdum of the notion that time is emergent and that rather than play with little fixes to it we should try to take seriously the opposite idea: that time is real.

The key word here is “Sensorium.” 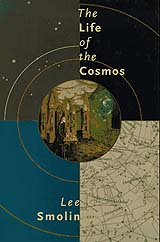 The critic is very harsh toward Lee Smolin, and I am very sensitive to these kinds of responses, so trust me when I tell you that these are not my views. My views are still forming.

For Newton the universe lived in an infinite and featureless space.There was no boundary, ad no possibility of conceiving anything outside of it. This was no problem for God, as he was everywhere. For Newton, space was the “sensorium” of God-the medium of his presence in and attachment to the world. The infinity of space was then a necessary reflection of the infinite capacity of God.The Life of the Cosmos By Lee Smolin Oxford University Press; New York, N.Y.: 1997, Page 91

The term “Sensorium” is compelling for reasons that I am still not quite aware of, yet, it holds a fascination to me. It is colourful to me, yet, it had a nice ring to it as well.

Okay. 🙂 I think it is the “relationship pointed out” and describing this relationship of Newton that is interesting. Most who have been reading my site will have some inkling of why.

It is not in what may be assumed of Newton and his religion towards the relationship to science? But some of the ways in which such “thought processes” may have been compelling. The way in which one can look at the world, gives new meaning to what was not so transparent before, now one included these aspects of the sensorium as “one.”

That all of the senses had been “crossed wire to give perspective” in the way it did. How would you know this?

But lets move on with this here for a minute and I’ll tell you why. But first some part of it’s Definition from Wikipedia.

This interplay of various ways of conceiving the world could be compared to the experience of synesthesia, where stimulus of one sense causes a perception by another, seemingly unrelated sense, as in musicians who can taste the intervals between notes they hear (Beeli et. al., 2005), or artists who can smell colours. Many individuals who have one or more senses restricted or lost develop a sensorium with a ratio of sense which favours those they possess more fully. Frequently the blind or deaf speak of a compensating effect, whereby their touch or smell become more acute, changing the ways they perceive and reason about the world; especially telling examples are found in the cases of ‘wild children,’ whose early childhoods were spent in abusive, neglected or non-human environments, both intensifying and minimizing perceptual abilities (Classen 1991).

Part of the developing scientific view can come forth with new propositions if it has a foundation that is different then what was thought to be “it’s basis of normalcy.”

But imagine if you were a little different in your wiring that as a scientist you had difficult relating to the world, and you want to be consistent with your approach? Develope new methods, Calculus, to explain a process in nature? What may I ask will be forth coming form such a position, not to have thought, “hey this guy is nuts or just a broken flower pot?”

The track record so far seems to indicate that if such views are crossed wired in some ways, the interactive features of developing perspective will give model apprehension a new meaning that it did not have before?

Feynman in his concepts of a toy model approach? He may of seen what was of use from Dirac’s geometrical thinking.