Let proportion be found not only in numbers, but also in sounds, weights, times and positions, and whatever force there is.Leonardo Da Vinci

Can it be said that measure has ever left the mind of those whose age has come and gone, and what appears as “no traces left behind” might indeed be the passage of age of one thought to the next? Progressive? 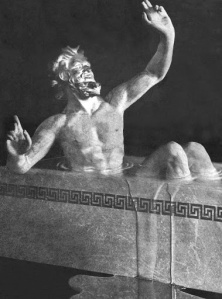 (This illustration and text are from a magazine advertisement for NBC, probably dating from the 1940’s. It was found among the files of the Print and Picture Department of the Free Library of Philadelphia. The word “eureka!” is coming out of Archimedes’ mouthSee:Archimedes

So it is ever the attempt for ingenuity to come forward from the deep recesses of the mind, for daylight to shine, and the measures revealed in as natural setting as possible? Who are these inventors then that help us to begin with one step and move forward with another? Is it their genius that we shall capitalize on, or shall it be the ignited pathways that are set “by ignition,” that we say that brain has taken a new course in thinking? Blazing new trails?

These “ideas” always existed? But where? 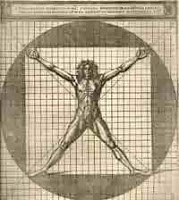 The first printed edition of the De Architectura (On Architecture) by the ancient Roman architect, Vitruvius, appears.

Marcus Vitruvius Pollio (born c. 80–70 BC, died after c. 15 BC) was a Roman writer, architect and engineer (possibly praefectus fabrum during military service or praefect architectus armamentarius of the apparitor status group), active in the 1st century BC. By his own description[1] Vitruvius served as a Ballista (artilleryman), the third class of arms in the military offices. He likely served as chief of the ballista (senior officer of artillery) in charge of doctores ballistarum (artillery experts) and libratores who actually operated the machines.[2]

So in today’s world what value would Google have to produce a library and recording of all books that exists so that the route to knowledge shall be forever enshrined in some medium that we use now. If all the institutions and architecture of our civilization were to be gone tomorrow, shall such records be readily available to the “searching mind seeking knowledge” if there be survivors, that it will easily dial up the internet, or by wireless, gain access?

My job more or less has been to enshrine “such knowledge” in the way we record information, that it is different then what Google seeks to do. Yes, some day by such shadows as again from one of Stefan’s earlier link supplied below as “Euclidean Geometry and the Shadows,” there will be an alignment with such geometries, which shall point the way to a vault where all things that man has gone through, that one day we will know our true history from the beginning of time till now.

This vault to me was about our access to the ideas that exist out there in the ethers and how we might attain by touch of our finger upon it’s pulse, that such connection is more then what exists in the Sistine Chapel above, that we had connected to that same resource as Jung’s world of the collective unconscious.

How so if we did not pursue the very notion of ideas that are attained at “some center” and found connected outside of our self? 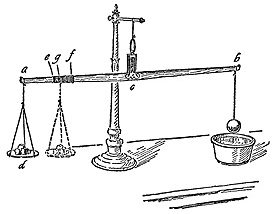 In 1586 at the age of 22, Galileo (1564-1642) wrote a short treatise entitled La Bilancetta (“The Little Balance”). He was skeptical of Vitruvius’s account of how Archimedes determined the fraud in Hiero’s crown and in this treatise presented his own theory based on Archimedes’ Law of the Lever and Law of Buoyancy. He also included a description of a hydrostatic balance that determined the precise composition of an alloy of two metals.

Just as it is well known to anyone who takes the care to read ancient authors that Archimedes discovered the jeweler’s theft in Hiero’s crown, it seems to me the method which this great man must have followed in this discovery has up to now remained unknown. Some authors have written that he proceeded by immersing the crown in water, having previously and separately immersed equal amounts [in weight] of very pure gold and silver, and, from the differences in their making the water rise or spill over, he came to recognize the mixture of gold and silver of which the crown was made. But this seems, so to say, a crude thing, far from scientific precision; and it will seem even more so to those who have read and understood the very subtle inventions of this divine man in his own writings; from which one most clearly realizes how inferior all other minds are to Archimedes’s and what small hope is left to anyone of ever discovering things similar to his [discoveries]. I may well believe that, a rumor having spread that Archimedes had discovered the said theft by means of water, some author of that time may have then left a written record of this fact; and that the same [author], in order to add something to the little that he had heard, may have said that Archimedes used the water in that way which was universally believed. But my knowing that this way was altogether false and lacking that precision which is needed in mathematical questions made me think several times how, by means of water, one could exactly determine the mixture of two metals. And at last, after having carefully gone over all that Archimedes demonstrates in his books On Floating Bodies and Equilibrium, a method came to my mind which very accurately solves our problem. I think it probable that this method is the same that Archimedes followed, since, besides being very accurate, it is based on demonstrations found by Archimedes himself. Galileo and the Scientific Revolution by Laura Fermi and Gilberto Bernardini (Translated with the assistance of Cyril Stanley Smith) Basic Books, Inc., New York, 1961 Library of Congress Catalog Card Number 61-7486

It had not escaped me that the shadows and stories of the cave become fodder for thought, even amongst our own scientists, that they began the process one way philosophically and thought, what is capable in us to see that any dimensional significance would be an higher portal for some movement of the abstract in mind, is realized in topological dance?