The Location of the Rooms 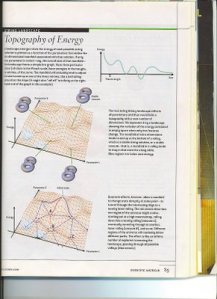 Quantum Effect, however allow a manifold to change state abruptly at some point-to tunnel through the intervening ridge to a nearby lower valley.

What possibility exists if we did not see some resolve, as we examine the nature of what shall become the subject of these rooms? What is the significance of these locations then, that we shall appoint mountain places, and valleys abodes, that such thinking is reduced to something that comes out of statistical significance, and then materializes into the potential?

Another deep quantum mystery for
which physicists have no answer has to do with “tunnelling” — the bizarre ability of particles to sometimes penetrate impenetrable barriers. This effect is not only well demonstrated; it is the basis of tunnel diodes and similar devices vital to modern electronic systems.

Tunnelling is based on the fact that quantum theory is statistical in nature and deals with probabilities rather than specific predictions; there is no way to know in advance when a single radioactive atom will decay, for example.

The probabilistic nature of quantum events means that if a stream of particles encounters an obstacle, most of the particles will be stopped in their tracks but a few, conveyed by probability alone, will magically appear on the other side of the barrier. The process is called “tunnelling,” although the word in itself explains nothing. 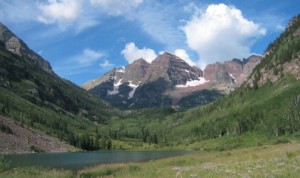 While I used Mt Olympus previously, I thought, hey! why not use another individual’s picture for comparison. While these pictures become fixtures in mind, the rooms that we are going to visit are places that have certain potentials realized are conceptually defined for us as we enter.

Now one must know is that like every culture of our historical past, it is important to take the myth and bring it down to earth for some comparative view. What place is this, if we had not journeyed to the valleys for consideration?

As a lay person following the debate on the issue of Finiteness in String Theory landscape was the point technically reached that I was referring too. 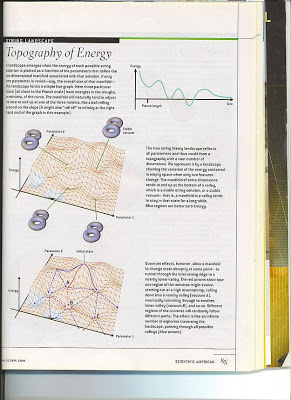 IN concert with Virtual Reality of the Ancients, I am going to bring the science back into the picture for a minute, so one understands that the developing views had not been without some basis of thought in my considerations.

The landscape became an important look at the relationship to the “topography of the energy” and hence, it’s relations that point too, the aspects I wish to create in these rooms. Now indeed, such configuration spaces talk about the potential that is realized when there are “consolidating factors” that reduce the potential understanding to the valleys.

It had to be philosophically sound, in that the comparative features assigned to metaphorical creations, would instill, and form the basis of that science, as well as, furthered information as a consequence in setting up the models for the production of these rooms.

The equations of string theory specify the arrangement of the manifold configuration, along with their associated branes (green) and lines of force known as flux lines (orange). The physics that is observed in the three large dimensions depends on the size and the structure of the manifold: how many doughnut-like “handles” it has, the length and circumference of each handle, the number and locations of its branes, and the number of flux lines wrapped around each doughnut.

Still within context of this given space, the relationship to a “space in the universe” does not discount that other probabilities exist, where these rooms are possible. It thusly creates an place closer to the “indecomposable element that we’ve assigned,” not only to the possibilities, but also what is injected into this space from beyond the confines of that room.

3 Responses to The Location of the Rooms