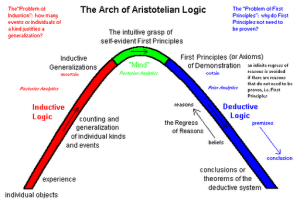 As a lay person myself, while being introduced to the subject of synesthesia, I found certain correlations that were uncanny to me within the way I had been displaying this site here.

We know we can adopt many things by insinuation alone and that is not what I wanted to show here, but the actual responsibility in researching consciousness as it is being held too here with the investigation by Richard E. Cytowic, M.D.

So I pull the following paragraph from his book to demonstrate, that what he holds in terms in methodology, is no less then that required in our research to all the sciences involved. As I research physics/consciousness within context of this site also. I draw the paragraph because it made a impression for responsibility, and by insinuation, I would not like to leave this area without giving it this attention as set.

There is a responsibility toward oneself as you investigate the world around you.

So by example Richard E. Cytowic, giving the circumstance of his research on the subject of synesthesia, had to incorporate the valuations assigned within that paragraph I selected. To show the information, displayed as I travelled through the book, was a historical as well as explanatory method on what would become one’s consensus as of today.

There is a Physical Matter Called the Brain

It is interesting to speak about emotion and at the same time think about the physical consequences “within the body” that causes us the consternations of our moods and it’s effect on our consciousness.

Because I may relate the issues of emotion in context the alchemist, it is by such developmental aspect of the psychology that I would want one to think about the thinking process as having a direct physiological consequence. 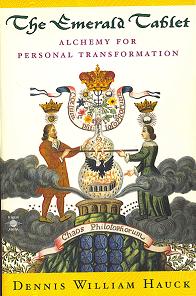 This interplay of various ways of conceiving the world could be compared to the experience of synesthesia, where stimulus of one sense causes a perception by another, seemingly unrelated sense, as in musicians who can taste the intervals between notes they hear (Beeli et. al., 2005), or artists who can smell colours. Many individuals who have one or more senses restricted or lost develop a sensorium with a ratio of sense which favours those they possess more fully. Frequently the blind or deaf speak of a compensating effect, whereby their touch or smell become more acute, changing the ways they perceive and reason about the world; especially telling examples are found in the cases of ‘wild children,’ whose early childhoods were spent in abusive, neglected or non-human environments, both intensifying and minimizing perceptual abilities (Classen 1991).

While I mention the woodcuts, the “labels” serve us well here to show that a picture can become a road map to the psychological, as well, demonstrating the experience itself, as well laid out “ideals” with which we could begin to approach our actions, as consequences. To what can become, and has been deeply buried to this point by the impact of that emotion/memory.

Seeing a Psychologist at Work

Strange that we could have seen A Jungian Understanding of the Wagner’s Ring cycle, portrayed in todays world and how could have this been accomplished. But by re-introducing a fictional story and embuing it with the archetypal structures of what Jean Shinoda Bolen called, “The Abandon Child, The Authoritarian Father, and the Disempowered Feminine.”

So giving some indication of the “metaphoric relation” applied to the psychology of a situation, I thought it best that while relating the road map to a “wood cut” that I show this expressionism at work as well. It is interesting to see how the psychologist speaks directly to the human condition?