How many of you have joined your fellow brain jammers to seek a solution for a time for creative purpose?

Having read it, I find it amusing that the language of economics can be recast in the language of physics. That said a lot of it is hard going, mathematically, though the language he uses is familiar to me, having seen things like conserved currents in quantum electrodynamics.
I think caution should be taken in placing too much emphasis on the math. The ultimate goal of economics is to describe the monetary interactions of humans and how phenomena rooted in the exchange of goods, services, assets and money have broader repercussions (simple example: What happens if everybody saves money? You induce an economic recession, explained by the paradox of thrift.)

In bold isn’t this what eventually happens when the economy undergoes a correction and we see the events that we do, to realize, that people are now nervous about how they are going to be able to care of themselves? So priorities change, your dollars in your pocket become “more accountable.”

BEYOND REDUCTIONISM: REINVENTING THE SACRED 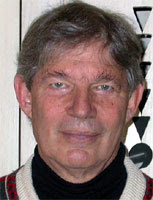 [/quote]Stuart Alan Kauffman (28 September 1939) is an US American theoretical biologist and complex systems researcher concerning the origin of life on Earth. He is best known for arguing that the complexity of biological systems and organisms might result as much from self-organization and far-from-equilibrium dynamics as from Darwinian natural selection, as well as for proposing the first models of Boolean networks.

Kauffman presently holds a joint appointment at the University of Calgary in Biological Sciences and in Physics and Astronomy, and is an Adjunct Professor in the Department of Philosophy. He is also an iCORE (Informatics Research Circle of Excellence) [1] chair and the director of the Institute for Biocomplexity and Informatics.[/quote]

See:Reinventing the Sacred: A New View of Science, Reason, and Religion (Hardcover)

Self-organization is a process of attraction and repulsion in which the internal organization of a system, normally an open system, increases in complexity without being guided or managed by an outside source. Self-organizing systems typically (though not always) display emergent properties.

Stuart Kauffman – The Evolution of Economic Wealth and Innovation
I think this is indeed the effort that translation occur from new proposals, to what finally happens to the individuals who partakes of this economic endeavor. I find “specialization can give perspective”  that would not normally be granted the person on the street, but that it is equally important to understand how these economic factors mathematically can play a part in our everyday lives.

The idea of economic correction itself? 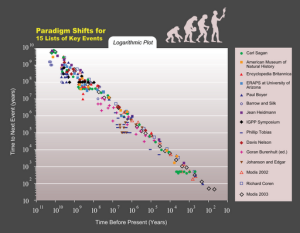 A person once offered the perspective of Kurzweil and the singularity .

Now, how would this mean anything if there was not some comparison in phenomenological relation that we might push perspective forward?

At what times do we find such a thing taking place that all kinds of new things are introduced to send the system too,  already in chaos and find this is an opportunistic time to advance mathematical proposals into the system to see entropic valuation materialize to the person on the street?

A location perhaps, housing the possibilities of the “neurological synapse” considered to be the “white board of creative possibilities?”

This Nobel Prize award was of interest to me.

“for having laid the foundations of mechanism design theory“

I first started to come to the conclusion in regards to the “social construct” and the relationship it had to the mathematical environmental when I saw the movie, “The Beautiful Mind.” It was based on the story of John Nash.

A Theory is Born

This science is unusual in the breadth of its potential applications. Unlike physics or chemistry, which have a clearly defined and narrow scope, the precepts of game theory are useful in a whole range of activities, from everyday social interactions and sports to business and economics, politics, law, diplomacy and war. Biologists have recognized that the Darwinian struggle for survival involves strategic interactions, and modern evolutionary theory has close links with game theory.

Game theory got its start with the work of John von Neumann in the 1920s, which culminated in his book with Oskar Morgenstern. They studied “zero-sum” games where the interests of two players were strictly opposed. John Nash treated the more general and realistic case of a mixture of common interests and rivalry and any number of players. Other theorists, most notably Reinhard Selten and John Harsanyi who shared the 1994 Nobel Memorial Prize with Nash, studied even more complex games with sequences of moves, and games where one player has more information than others.

I wanted to saved a little time, for I would be sure that this highlight in bold would draw attention? So, I thought to preempt it.
You have to understand where symmetry “begins and is possible” to understand that such a place, can exist in the minds of those who go there and become part of the process. This does not define those with agendas,  but also recognizes that if we partake as watchers of this process, we can be assured that citizens are given their full rights and respect while capitalism seeks to have it’s mandate.