The Book: A Chapter Still to be Read

While the LHC is hibernating until February next year, outreach efforts are not on hold. Here in Germany, there is a nice exhibition on tour, called “Die Weltmaschine”. This means literally the “world machine” – somewhat better than the “big bang machine”, but finding a catchy but not misleadingly bombastic name for the LHC seems to be a challenge.Weltmaschine

I know that not all people like the name of the experiment at LHC in context of the Big Bang Machine, but as a worldly excursion mandated by many scientists it is a perspective that has pushed our views back in time, to one measured in microseconds, while Steven Weinberg set the clock running in our cosmological views.

Physics at this high energy scale describes the universe as it existed during the first moments of the Big Bang. These high energy scales are completely beyond the range which can be created in the particle accelerators we currently have (or will have in the foreseeable future.) Most of the physical theories that we use to understand the universe that we live in also break down at the Planck scale. However, string theory shows unique promise in being able to describe the physics of the Planck scale and the Big Bang.

The term “symmetry” derives from the Greek words sun (meaning ‘with’ or ‘together’) and metron (‘measure’), yielding summetria, and originally indicated a relation of commensurability (such is the meaning codified in Euclid’s Elements for example). It quickly acquired a further, more general, meaning: that of a proportion relation, grounded on (integer) numbers, and with the function of harmonizing the different elements into a unitary whole.

What do Dark Matter and Missing Energy have to do with explaining “a region of space” that has not been validated in particulate design, could have amounted too, the change in direction from an oscillation signal to a change from one parameter of expression to another?

Supersymmetry was a bold idea, but one with seemingly little to commend it other than its appeal to the symmetry fetishists. Until, that is, you apply it to the hierarchy problem. It turned out that supersymmetry could tame all the pesky contributions from the Higgs’s interactions with elementary particles, the ones that cause its mass to run out of control. They are simply cancelled out by contributions from their supersymmetric partners. “Supersymmetry makes the cancellation very natural,” says Nathan Seiberg of the Institute of Advanced Studies, Princeton.

That wasn’t all. In 1981 Georgi, together with Savas Dimopoulos of Stanford University, redid the force reunification calculations that he had done with Weinberg and Quinn, but with supersymmetry added to the mix. They found that the curves representing the strengths of all three forces could be made to come together with stunning accuracy in the early universe. “If you have two curves, it’s not surprising that they intersect somewhere,” says Weinberg. “But if you have three curves that intersect at the same point, then that’s not trivial.”
See:In SUSY we trust: What the LHC is really looking for

It is easy to see a matter thing forming around an idea, but it is not so easy to account for the energy that motivates this idea toward materialization. While we weigh heavily on one to an approximation of the standard model(Higgs), the other is less thought of while it has been cross referenced to a time that is very close to the beginning as well.

One also has to recognize that the state of all particulate expressions had to be reached,  as to the time we express in the possibility of where “all things emerge from”  in measure,  can be accounted for, as they travel through the earth and express them self in some cosmological mannerism all around us.

Leon Lederman and Starting Out

“The soul is awestruck and shudders at the sight of the beautiful.” Plato 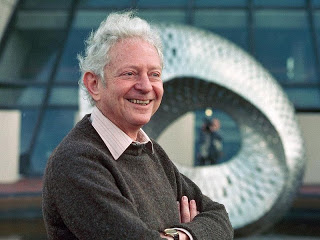 Leon Max Lederman (born July 15, 1922) is an American experimental physicist and Nobel Prize in Physics laureate for his work with neutrinos. He is Director Emeritus of Fermi National Accelerator Laboratory (Fermilab) in Batavia, Illinois. He founded the Illinois Mathematics and Science Academy, in Aurora, Illinois in 1986, and has served in the capacity of Resident Scholar since 1998.

In 1977, Fermilab discovered the bottom quark and in 1995 the top quark was found. The lessons of history are clear. The more exotic, the more abstract the knowledge, the more profound will be its consequences.” Leon Lederman, from an address to the Franklin Institute, 1995

Is Leon Lederman a religious man? Shall one man’s scientific basis of exploration determine the understanding of his work to a religious version? 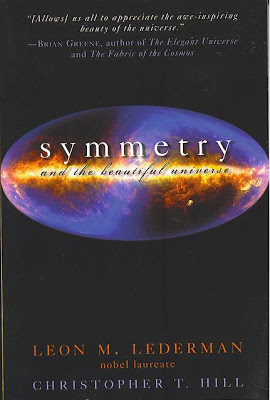 One has to remember who coined the term the “God particle” in order to understand that when a limit is reached, a theoretical positioning is assumed in order to mathematically explain what is “beyond measure.”

Can we find “it” eventually explaining a very natural thing?

On the evening of October 15, 1991, an ultra-high energy cosmic particle was observed over Salt Lake City, Utah. Dubbed the “Oh-My-God particle” (a play on the nickname “God particle” for the Higgs boson), it was estimated to have an energy of approximately 3 × 1020 electronvolts, equivalent to about 50 joules—in other words, it was a subatomic particle with macroscopic kinetic energy, comparable to that of a fastball, or to the mass-energy of a microbe. It was most likely a proton travelling with almost the speed of light (in the case that it was a proton its speed was approximately (1 – 4.9 × 10-24)c – after traveling one light year the particle would be only 46 nanometres behind a photon that left at the same time) and its observation was a shock to astrophysicists.

Since the first observation, by the University of Utah’s Fly’s Eye 2, at least fifteen similar events have been recorded, confirming the phenomenon. The source of such high energy particles remains a mystery, especially since interactions with blue-shifted cosmic microwave background radiation limit the distance that these particles can travel before losing energy (the Greisen-Zatsepin-Kuzmin limit).

Because of its mass the Oh-My-God particle would have experienced very little influence from cosmic electromagnetic and gravitational fields, and so its trajectory should be easily calculable. However, nothing of note was found in the estimated direction of its origin.

God then becomes a exclamation point about a space that is defined beyond measure. It is then about the responsibility of taking serious that what is beyond while used in the term the “God particle”  lead too, many avenues of research that are on going in “truth searching”  brought to bear on what is to become “self evident.”

This is the responsibility of being “Lead by Science” that someone could easily be lead off to other avenues in terminology expressions(intelligent design) that does not have anything to do with the science in process, but is really a exclamation point about what “is” possible. We don’t know yet,  does not mean, it does not exist.

Of course you do not have to believe “is to easily dismiss,” begs the question as to had one really used the inductive/deductive process to accurately see where one’s position had settled,  is really a far cry from where scientists are actually working.

Astronomy Picture of the Day 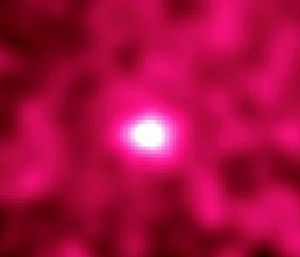 Explanation: If you could see gamma rays – photons with a million or more times the energy of visible light – the Moon would appear brighter than the Sun! The startling notion is demonstrated by this image of the Moon from the Energetic Gamma Ray Experiment Telescope (EGRET) in orbit on NASA’s Compton Gamma Ray Observatory from April 1991 to June 2000. Then, the most sensitive instrument of its kind, even EGRET could not see the quiet Sun which is extremely faint at gamma-ray energies. So why is the Moon bright? High energy charged particles, known as cosmic rays, constantly bombard the unprotected lunar surface generating gamma-ray photons. EGRET’s gamma-ray vision was not sharp enough to resolve a lunar disk or any surface features, but its sensitivity reveals the induced gamma-ray moonglow. So far unique, the image was generated from eight exposures made during 1991-1994 and covers a roughly 40 degree wide field of view with gamma-ray intensity represented in false color.

So too, they looked at the energy valuation of cosmic particle collisions and thought to draft similar conditions in the “man made version” to highlight the current plethora of energy expressed in the ways it has. Here,  it would be to assign a view according to a spectrum extended,  while these measures help us to understand the way we can look at the universe. Fermi/Glast,  is such a tool used today.

6 Responses to The Book: A Chapter Still to be Read