A Correlation in Perception 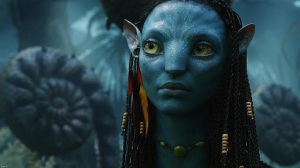 This post will indeed seem quite odd. But as I told Phil I wanted to explain a principal behind all the language I used here as if it would appear to another if we assume another perspective.

Now we know how some of us who go the the extreme in science  like to think the basis of what we explain as a fictional story is correlative in the context of what we relay,  knows there is science that is factually represented to unfold.

Hathor , (Hwt Hr Egyptian for Horus‘s enclosure)[1], was an Ancient Egyptian goddess who personified the principles of love, motherhood and joy.[2] She was one of the most important and popular deities throughout the history of Ancient Egypt. Hathor was worshiped by Royalty and common people alike in whose tombs she is depicted as “Mistress of the West” welcoming the dead into the next life.[3]. In other roles she was a goddess of music, dance, foreign lands and fertility who helped women in childbirth.[3]

So I have to present something in story like form as was presented in the latest movie Avatar. This is to spark a historical look back in our own history, so as to know that we existed in cohabitation with beings that hold the basis of a thought pattern,  that is the basis of this blog. See how quickly one can move?

Temple of Hathor, Dendera
(click on image and take note of columns)
You have to look very carefully now throughout these artifacts in architectural design as to understand something quite unique about the the times and what some of these statue faces actually represented. See how these images are denoted amongst the Gods and Goddesses to understand that images reveal something unique about what the Sun and Moon mean in relation to each other and who was the Mother of them.
***

So as far back as I could see in our ancient minds, their was this attempt to define aspects of our characters in terms of the way we see color and sound that the crude attempts were signs of the wanting to understand something about our early history. This was with the likes of Newton who saw alchemy as a function descriptive of the world, was a must to perfecting the elements of  character toward the element of Gold as a quality of our characters. How the earth based on mineralogy formed according to some structure apparent,was to think that such an outward manifestation as to solidification in materiality could see such comparatives was not lost on those who saw a beginning inside.

A Wagnerian trumpet blast, he suggested, might be accompanied by intense orange effects, “which palpitates with the harmonic colours corresponding to a subordinate passage on some of the other orchestral instruments. The blast ceases; there is a faint echo of it upon the violins, while the screen pulsates with pale lemon and saffron hardly discernable. Again comes the blast of trumpets, and once more the screen flames with orange modulations”.

Professor Rimington’s home demonstrations must have been unforgettable. The Colour Organ was some ten feet high, with a five octave keyboard which was similar to that of a church organ, being controlled by stops. A line of “colour keys” was situated above the conventional (sound) keyboard, and connected to a lens-and-filters system, so that “colour” was “played”. Best effects were secured when the sound and colour were played from separate keyboards.

So this became a exercise in understanding how such thought processes could be correlative to something that has existed before in our own histories to now how alien and how foreign such a perception could be housed that it could take the modeled sculptures of that past to reawaken what we had already known once.

So it is as if we take or current eyes that we see with and look at the world in a different way. In this sense, measure defined according to the methods of experimentation prepared the way for others ot solidify their experience, that while in this dramatic effort, I would like to say holds an image in mind. This is an “arch of the kind” that is depicted with Plato and Aristotle standing together, is the understanding of a self evidential examination of an inductive/deductive method to progressing our views according too.

Although Aristotle in general had a more empirical and experimental attitude than Plato, modern science did not come into its own until Plato’s Pythagorean confidence in the mathematical nature of the world returned with Kepler, Galileo, and Newton. For instance, Aristotle, relying on a theory of opposites that is now only of historical interest, rejected Plato’s attempt to match the Platonic Solids with the elements — while Plato’s expectations are realized in mineralogy and crystallography, where the Platonic Solids occur naturally.Plato and Aristotle, Up and Down-Kelley L. Ross, Ph.D.

School of Athens by Raphael

PURPOSE: To show the two-dimensional standing waves on the surface of a square or circular plate.

Now what I want you to do is see this action only in color and sound, so as to depict the relationship with the world as a dance of sorts. Color depicted as a solidification of a sound. All the while we are thinking our usual thoughts to demonstrate that what goes on inside our very minds is demonstrated in a way that is not usual in the world around us.

A Chladni plate consist of a flat sheet of metal, usually circular or square, mounted on a central stalk to a sturdy base. When the plate is oscillating in a particular mode of vibration, the nodes and antinodes set up form a complex but symmetrical pattern over its surface. The positions of these nodes and antinodes can be seen by sprinkling sand upon the plates;

This new perspective look to the reality is one I am always speaking about. One that is very foreign to those that did not understand that this alien civilization exemplified as to the way it always existed. It’s is just that we had forgotten about it’s methods, until this story was demonstrated here today.

If you sprinkle fine sand uniformly over a drumhead and then make it vibrate, the grains of sand will collect in characteristic spots and figures, called Chladni patterns. These patterns reveal much information about the size and the shape of the drum and the elasticity of its membrane. In particular, the distribution of spots depends not only on the way the drum vibrated initially but also on the global shape of the drum, because the waves will be reflected differently according to whether the edge of the drumhead is a circle, an ellipse, a square, or some other shape.

In cosmology, the early Universe was crossed by real acoustic waves generated soon after Big Bang. Such vibrations left their imprints 300 000 years later as tiny density fluctuations in the primordial plasma. Hot and cold spots in the present-day 2.7 K CMB radiation reveal those density fluctuations. Thus the CMB temperature fluctuations look like Chaldni patterns resulting from a complicated three-dimensional drumhead that

So you see the correlations,  you begin to understand this strange story as one now seeks to apply it’s principals according to methods sought after in experimentation and the sorts,  to preview our cosmological frontier in a new and inventive way.

It’s as if you’ve now put on glasses that extend the spectrum of association far beyond anything that is imagined today. It’s as if we know the possibilities in the three body problem and the numbered locations that are denoted serve to allow stationary orbits according too, and so all are placed in position to allow information gathering for satellites and space station.. But imagine that such locations can exist other then that holding allows equilibrium non sequestered to one direction or another.

So too then such conclusions can remain open and without such signs as to gravitate toward or relinquish of that we can say that the method has not been crystallized or materialized according to a view. Such colouration then are indeed signs of the colours to which such association in seeking truth has settled within the scope of the human being,  that all is not as it seems without understanding that all things will gravitate toward this principal.

Black and White and Blue All Over

See Also:Poll: Do you believe in extraterrestrial life?