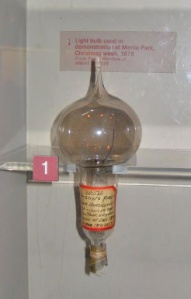 You might find a similarity here, that speaks to ingenuity and such, while seeing the historical significance of what is being spoken too. As if, it is the necessity at the forefront of knowledge today. This is “ole stuff being replayed” as if “young minds” need to be reminded, and mine is not so young that I have not gone down these routes before. Or that I needed a reminder.

In computer science, tabula rasa refers to the development of autonomous agents which are provided with a mechanism to reason and plan toward their goal, but no “built-in” knowledge-base of their environment. They are thus truly a “blank slate”.

There is no doubt that invention is a process that needs recording. That it shows the procedural avenues to an “established idea” is the necessary aspect of “owning something” that other minds might have missed. It is garnered in the perception of, anomalies, that are met by using that experimental procedure.

Edison’s U.S. Patents by Execution DateThis graph shows the annual number of successful U.S. patent applications Edison executed (that is, signed in preparation for filing at the U.S. Patent Office). In 1882, at the height of his work on electric light and power, he completed 106 successful applications.See:Edison’s Patents

What are one’s productive years and one can think of those who had their times in the light, and those who continued to work by procedural efforts to clock many instances where new inventions continue to arise.

It is often the “novice of science” is attracted to the halls where such ideas become alluring as to what is the “mystery to life?” An event. Such examples become the guiding light as to what life is about? A new web site, or an institution developed to work on the new ideas about Physics and such. One might think that this is the “highlight of all that follows education” the example of the scientist in progress. But it is much more then that. Every detail replay again and again and a question as to how it could possibly be?

Applicability of invention is the diversity of the mind to bring this idea to fruition. It includes that diversification to the lives of many people. While this idea is then part of the procedural efforts of development, it is of no less importance that even though Thomas Edison called the idea of inspiration only 1 percent, it was indeed the work to manifest that this idea, could become the reality of the effort by that 99%.

I always reiterate the validity of the experiment to follow. To see how quick the mind is to spot such contradictions. To highlight how important observation plays in the recognition of the anomalies that arise in our everyday lives.

I have used paintings to suggest how good the mind is to perceive the objectification of things within the content of our views that reveal and require a depth to one’s thinking, by inclusion of the process of moving to the “next step” in experimental justification and applicability.

Anomaly and the Emergence of Scientific Discoveries[/b] Kuhn now moves past his initial topic of paradigm to scientific discovery saying that in order for there to be a discovery, an anomaly must be detected within the field of study. He discusses several different studies and points out the anomaly that invoked the scientific discovery. Later in the chapter he begins to discuss how the anomaly can be incorporated into the discovery to satisfy the scientific community.

There are three different characteristics of all discoveries from which new sorts of phenomena emerge. These three characteristics are proven through an experiment dealing with a deck of cards. The deck consisted of anomalous cards (e.g. the red six of spades shown on the previous page) mixed in with regular cards. These cards were held up in front of students who were asked to call out the card they saw, and in most cases the anomaly was not detected.

See if you recognize the validity of what I am saying, then you would have to know something a little bit more about the person who uses the name of Plato. Is to understand, that I was already given an anomalous event within my own life. It rocked the very foundation in face of, all that science has given me.

Tabula rasa (Latin: scraped tablet or clean slate) refers to the epistemological thesis that individual human beings are born with no innate or built-in mental content, in a word, “blank”, and that their entire resource of knowledge is built up gradually from their experiences and sensory perceptions of the outside world. See Tabula rasa: The Glass Room

I do not ignore this process of science. I think, that to dwell further on “the space that I am showing,” is to recognize the emergence of the idea, is still much more then that 1% of inspiration. Because it includes life as we know it already, and all that we know, while giving the idea may have it’s proponents mindful in other examples.

I am not going to go into them because they would be considered “not valid” but point out this is the “seed motivation” that arises in my quest for understanding of what “gravity is to mean.” Who would know that this excursion into “the unknown” would have it’s applicability “to all peoples” regardless of there gender, their race, or how rich or poor you are.

The Inconceivable being Believable
The Value of the Dollar
Tabula rasa:The Glass Room